I first encountered Hugh Howey’s Wool while me and my Girls Write Now mentee were milling around McNally Jackson bookstore, waiting for the launch party of the Girls Write Now fifteenth-anniversary anthology, New Worlds, which features both of our work. Tessa picked up a copy of Wool from a stand advertising hot summer reads and flipped through its pages. “This one looks good,” she said and handed it over.

The book had a nice cover and intriguing cover copy—the idea of a subterranean society was something I had played with before. But after reading the first few pages of Wool, I knew I could never have written about such a world as well as Howey: Right away, he transports readers to a dank underground silo that made me immediately claustrophobic, though I was in a bright, airy bookstore. The silo goes underground for more than one hundred floors, and there is one big rule governing this post-apocalyptic society: never, ever, ever ask to go outside.

The minute somebody does they are escorted to the first floor of the silo, the one that’s closest to aboveground, and locked up in a holding cell with a screen that shows a view of ravaged Earth, complete with rotting skyscrapers, urine-colored sky, and the bodies of Cleaners past. That’s the punishment for wanting out—the guilty party becomes a Cleaner and must go out into the poisoned atmosphere and clean the sensors that provide the silo with its view of outside. Through the years and generations of the silo’s existence, a Cleaner always gets the job done, and within seconds of completing the task, he or she drops down among the other bodies littering the landscape to die. A Cleaning becomes a strange kind of celebration within the silo, and families take trips to the top floor (often lasting for days with all the silo’s levels and going uphill) to view the screen of outside with the kids, like somebody’s family today visiting Disneyland.

Wool opens with a Cleaning, an immediate downer, but it does get the reader into the rules of the society right away. The silo is governed by a mayor, who has to run for the job, and a sheriff and deputy, but all of them are overseen by mysterious IT. Unfortunately, the one who wants to be set free is the current sheriff of the silo, leaving a vacancy, and one of the recommendations for his replacement—the top recommendation—comes from the bottom of the silo in Mechanical.

Howey describes silo society as being divided caste-wise—at the top are the elected officials and IT, akin to our white-collar workers, and then come those who work with their hands, the farmers and the mechanics who provide the energy for the silo.

With this subterranean silo and the makeup of its society, Howey really knows what he’s talking about, having lived and worked on ships before, where there is a very distinct class system and the ship becomes your everything when out at sea, he says. The atmosphere he creates is compelling, but the amount of detail started to bog me down until the protagonist of Wool is finally revealed. Juliette is a mechanic who’s in her thirties and views the mayor and deputy (and their job offer) suspiciously. She reminds me of one of my favorite characters, Ellen Ripley, in the first permutation of the Alien series, where all she cares about is keeping her ship and crew together and everything functioning as it should. 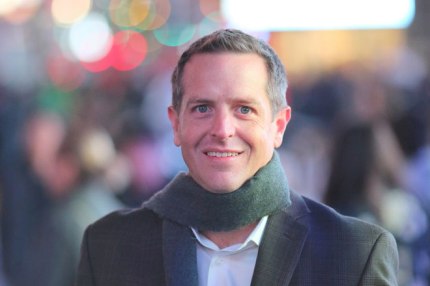 Howey first published Wool with Amazon’s Direct Publishing program, so the novel I read is actually composed of several short stories/novellas that are still available in their original format on Amazon. As the Silo series evolved, readers would comment and sometimes reach out to Howey about the different plotlines. The repetitive details may come from condensing all these stories into a digestible novel, which is part of a Simon & Schuster deal for an intended trilogy. Movie rights have already been snapped up, with Ridley Scott attached to the project. (I think this would be a perfect fit as he did the original Alien where Ellen Ripley, so similar to Howey’s Juliette, is introduced.)

There is somebody who’s against Juliette’s appointment, the head of IT, Bernard, who wants the elected officials to rubber-stamp one of his candidates. He doesn’t like Juliette because he believes she’s made unauthorized requisitions for her department, which he likens to stealing from the silo society. Within Bernard’s first scene in Wool, it’s clear who runs the silo, not the people-elected mayor and her appointees, but IT. And that really frightened me because it reminds me of how things exist now and where we might go.

At one of my first in-house jobs in New York, there was an IT guy who had gone rogue. Probably the biggest reason for the problem was that one guy was given too much power and no oversight existed, so he did whatever he wanted without any checks against him. I started to notice a certain icon at the bottom of my screen when IT was checking activity on my computer. At first, this seemed to be set on a random timer, and I was okay with that, realizing that a company does have to monitor its employees somewhat, making sure they’re not looking at porn in the office or finding out how to build bombs. Eventually, though, I noticed that icon on my screen more and more, especially as I was checking e-mails with more salacious details.

Once my mother forwarded e-mails about a family member who tried to commit suicide right before he was due to turn himself in on a sex-crime charge. The company’s IT guy, who had never spoken to me before, made a point of going by my cubicle that day to ask if I was okay. I knew then what was going on and that I wasn’t being paranoid.

As technology and tracking gets more and more sophisticated, I notice strange ads and pop-ups appearing on my personal computer while doing freelance work. Sometimes it takes me a minute to figure out why I’m being targeted for a particular product or service as I have to google some bizarre things, depending on what books I’m editing at any moment. But it all leads back to some program monitoring every keystroke I make in cyberspace. As leery as this makes me now, Howey increases it a thousandfold with Wool, where IT leads to humanity’s downfall.

With my friend Christine last night before she brought down the house with "Proud Mary"
There was the Red Wedding...and tonight there's the Black Birthday...
Getting ready for the black birthday...
The New Year's Eve look...
Seeing the Christmas tree and FROZEN windows with Hilary
Getting ready to take a turn through Central Park wi Hilary.
%d bloggers like this: