I make my living as a copyeditor, always following different clients’ style sheets, and I find it strange where people decide to draw the line: no commas after hey when used as a greeting, healthcare as one word, and the weirdest, Jay-Z turning to Jay Z. He was done with hyphens.

I’m reading Agatha Christie’s autobiography right now, and even the grande dame of mysteries had to duke it out with a publishing house’s copyeditor when she published her first mystery, The Mysterious Affair at Styles.

Her first publisher, The Bodley Head, decided that cocoa should be spelled coco. Christie wrote:

For some strange reason, the house spelling of cocoa—meaning by that a cup of cocoa—was coco, which, as Euclid would have said, is absurd. I was sternly opposed by Miss Howse, the dragon presiding over all spelling in The Bodley Head books. Cocoa, she said, in their publications, was always spelt coco—it was the proper spelling and was a rule of the firm. I produced tins of cocoa and even dictionaries—they had no impression on her. Coco was the proper spelling, she said. It was not until many years later, when I was talking to Allen Lane, John Lane’s nephew, and begetter of Penguin Books, that I said, “You know I had terrible fights with Miss Howse over the spelling of cocoa.”

He grinned. “I know, we had great trouble with her as she got older. She got very opinionated about certain things. She argued with authors and would never give way.”

Innumerable people wrote to me and said, “I can’t understand, Agatha, why you spelled cocoa ‘coco’ in your book. Of course you were never a good speller.” Most unfair. I was not a good speller, but at any rate I could spell cocoa the proper way. What I was, though, was a weak character. it was my first book—and I thought they must know better than I did.

Agatha Christie is my new hero. 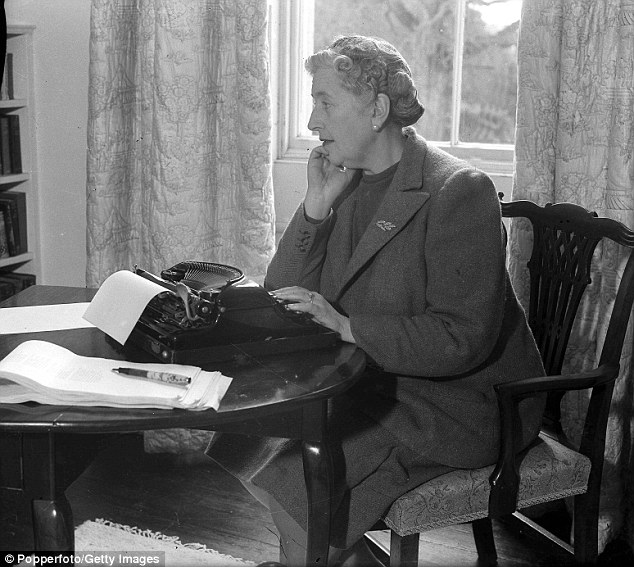