In Meg Howrey’s novel The Cranes Dance, older sister Kate Crane narrates what happens during a season at New York’ major ballet company. For some reason, New York’s major ballet companies—New York City Ballet and American Ballet Theatre—are never used in fiction, except in a peripheral way. That right is reserved for those writing biographies or autobiographies. I guess this is because of lawsuits, and only the companies’ own may trash those they work for. Not that Meg Howrey would have done either of the companies wrong in her novel. Her story is quite respectful toward those in the business of making ballerinas.

In The Cranes Dance, Kate Crane’s life has just gone to pot. Her boyfriend has dumped her for not being there for him. He comes from a long history of rescuing emotional cripples and isn’t able to take Kate’s self-sufficiency. At the other end of the spectrum is Kate’s younger sister Gwen, a principal dancer with the company, who has just had a psychotic break. Kate had to call in her parents to wrangle Gwen and even now is covering up for her sister. For years, Kate has known her sister isn’t quite right, but she chalked Gwen’s idiosyncrasies up to the trials of being a dance genius. During all of this chaos and while nursing an injury, Kate has her most successful season yet. For some reason, her dancing has improved with the drama, and besides dancing a lead in a new ballet, she takes over her sister’s role as Titania in a restaging of Midsummer Night’s Dream.

Kate and Gwen are two years apart and have been involved in ballet since they were kids. They’re part of a multitalented family, with a younger brother who’s a tennis prodigy and a father who’s nearly a concert-level violinist. Though she and Gwen have never been pushed to excel as ballerinas, the two sisters have, and Kate finds for herself that it’s more for the acclaim than for the love of dance. She’d rather be given special attention for something she doesn’t particularly like than to have no attention at all. Besides the year where Kate studied at a New York City ballet school (which seems to be the fictional equivalent of the School of American Ballet), this is the only time Kate has been judged on her own merits instead of being compared to her more talented sister. She feels guilty about enjoying this time to herself, but she does.

I really like Howrey’s portrayal of the dance world. The acerbic Kate lists all of the dance clichés shown in movies and then shoots them all down. And she gives details of the dance world that I’m dying to hear about—the loud joint crackings that alarm nondancers but bring a “Good one” from those in the dance community and dancers addicted to the current crop of reality dance shows. She shows what happens during a dance rehearsal and how monstrous egos are massaged, as well as the pecking order in the dance hierarchy and who’s sleeping with who in the company. It’s like peeping in at the real dance world. I don’t think I’ve been this thrilled at an insider’s view since a friend cleaned the hotel rooms of the Joffrey Ballet dancers while they were on tour. Being a curious college student, she checked out their wardrobes (clothes made for teeny-weeny people), their pill bottles, and journals. She looked at one dancer’s diary, which was just a laundry list of what vitamins and painkillers had been taken during the day and who he had slept with last night and planned on sleeping with the following night. 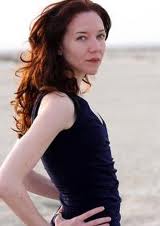 The dance world is still pretty sexist. For the most part, it’s women who want to be ballerinas, not men, so the male dancers are seen as a rare breed and get treated as rock gods. Also, a disproportionate number of the choreography and artistic director jobs go to males. Though ballet is woman, as Balanchine has said, it’s pretty much men who run that world. Howrey’s novel starts to get quite melodramatic at the end, but I found it refreshing that she makes her main character a bit of a choreographer with designs toward becoming the company’s artistic director. It’s rare to see a female dancer angling to become something other than a principal.