Be still, my nerd-loving heart.

That’s how I felt from the first frame of Pitch Perfect to the end.

When I first saw trailers for this movie, it looked like a formulaic inspiration film—something like the Stomp the Yard or Step Up movies. I thought it would be fun, but not $13.50 worth of fun. I was content to wait until the movie came to video. This is one of the few times, though, when the trailer doesn’t take the best parts of the film and present an unrealistic view of it. There’s comic genius in Pitch Perfect that can’t be conveyed by the trailer. After seeing the stellar review of Pitch Perfect in New York magazine, I made plans to go see it with friends, and those were probably the most joyful 112 minutes of my weekend.

At Barden University, there are several a cappella groups, but the two main rivals are the all-female group, the Barden Bellas, and the all-male group, the Treble Makers (who also happen to be the national a cappella champions). The Bellas and Treble Makers faced off the previous year at Lincoln Center, where the current leader of the Bellas, Aubrey (Anna Camp), blew the competition by vomiting all over the audience during their performance. Sadly, that was the only interesting part of the Bellas’ routine. Now, Aubrey and co-captain Chloe (Brittany Snow), the sugar to Aubrey’s snot, are trying to recruit new talent but finding it rather difficult after their competition performance and bad behavior the previous year.

Aubrey and Chloe have no choice but to take on misfits they wouldn’t have given a second glance to the other year, and this is where it gets fun. It’s like all of the stereotypes ever given to women have infiltrated the sorority house. There’s the slut Stacie (Alexis Knapp), the androgynous man/woman and token black Cynthia Rose (Ester Dean), the silent Asian girl Lilly (Hana Mae Lee), and the fat girl who goes by the super-obvious Fat Amy (Rebel Wilson). This crew of misfits ends up bringing the razzle-dazzle that the Bellas have sorely needed. Beca (Anna Kendrick), the alternative girl, is recruited at the last minute after a rather sour start to the college year (she’s forced to go to college with a free ride rather than LA, where she wants to move and get a start on her music career—oh, the horrors). Kendrick is able as the unlikely star and motivating force behind the Bellas, but Rebel Wilson as Fat Amy is my favorite in this very enjoyable cast. Somebody needs to give this actress her own comedy show. She can even make “Um” hilarious when it comes out of her mouth. She was a bright light the few times she appeared on-screen in Bridesmaids last year, but in Pitch Perfect, she steals every scene she’s in. 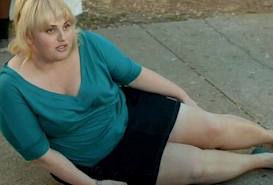 These goofy protagonists are only as strong as their antagonists, and the Treble Makers are equally worthy and ridiculous as rivals to the Bellas. They’re led by Bumper (Adam DeVine), king of the nerds, who’s completely unaware of this as he throws himself into the Treble Makers’ routines and mocks his competition (“Girl power!”). Beca’s persistent love interest Jesse (Skylar Astin) joins the Treble Makers, but everybody feels bad for Jesse’s adorably nerdy roommate Benji (Ben Platt), who’s obsessed with Star Wars and magic, when he doesn’t make it into the group. The Bellas are warned that if they are ever romantically involved with one of the Treble Makers, they’ll be cut from the team. Beca’s not worried about that, though Jesse does everything in his power to change her mind. 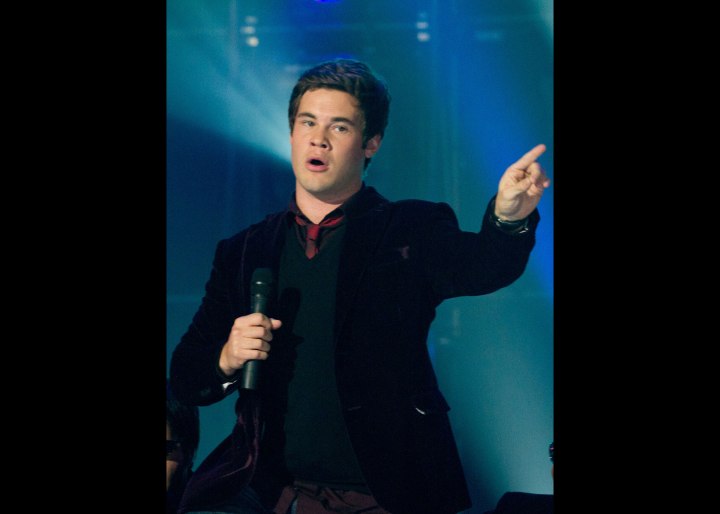 The jokes in Pitch Perfect are fresh and funny. I hadn’t heard any of them before, and sometimes it would take a minute or two for the joke to hit me before I started snorting laughter. And I did snort often. But if the antics of the Bellas and the Treble Makers aren’t enough for you, then surely the team of judges will slay you. John (John Michael Higgins) is a misogynist so steeped in his own bullshit he doesn’t even smell it, and Gail (Elizabeth Banks) tartly meets each of his no-brainers with a zinger that flies over his head. Their show within a show brought something new to the competition faceoff that I’ve seen played out so many times before. 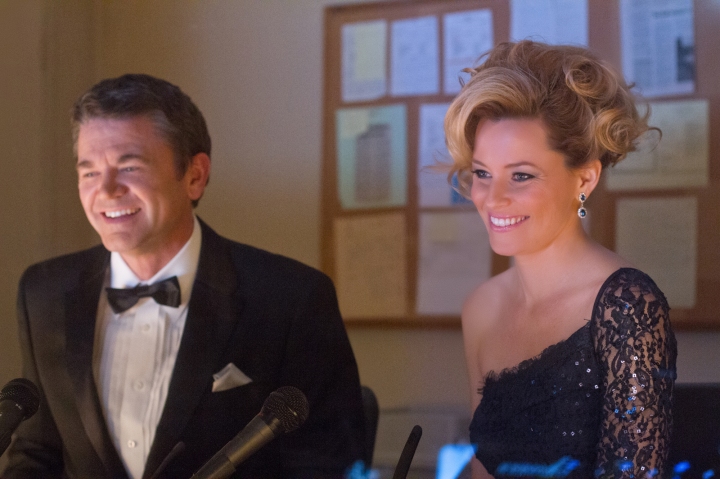 We left the theater with big smiles on our faces, and one friend said, “All right, I’m calling it. That’s going to win the Oscar.”

It should, really—the Oscar for fun.

2 thoughts on “Pitch Perfect Gets It Right”